Ayesha Gets a Second Chance at Life 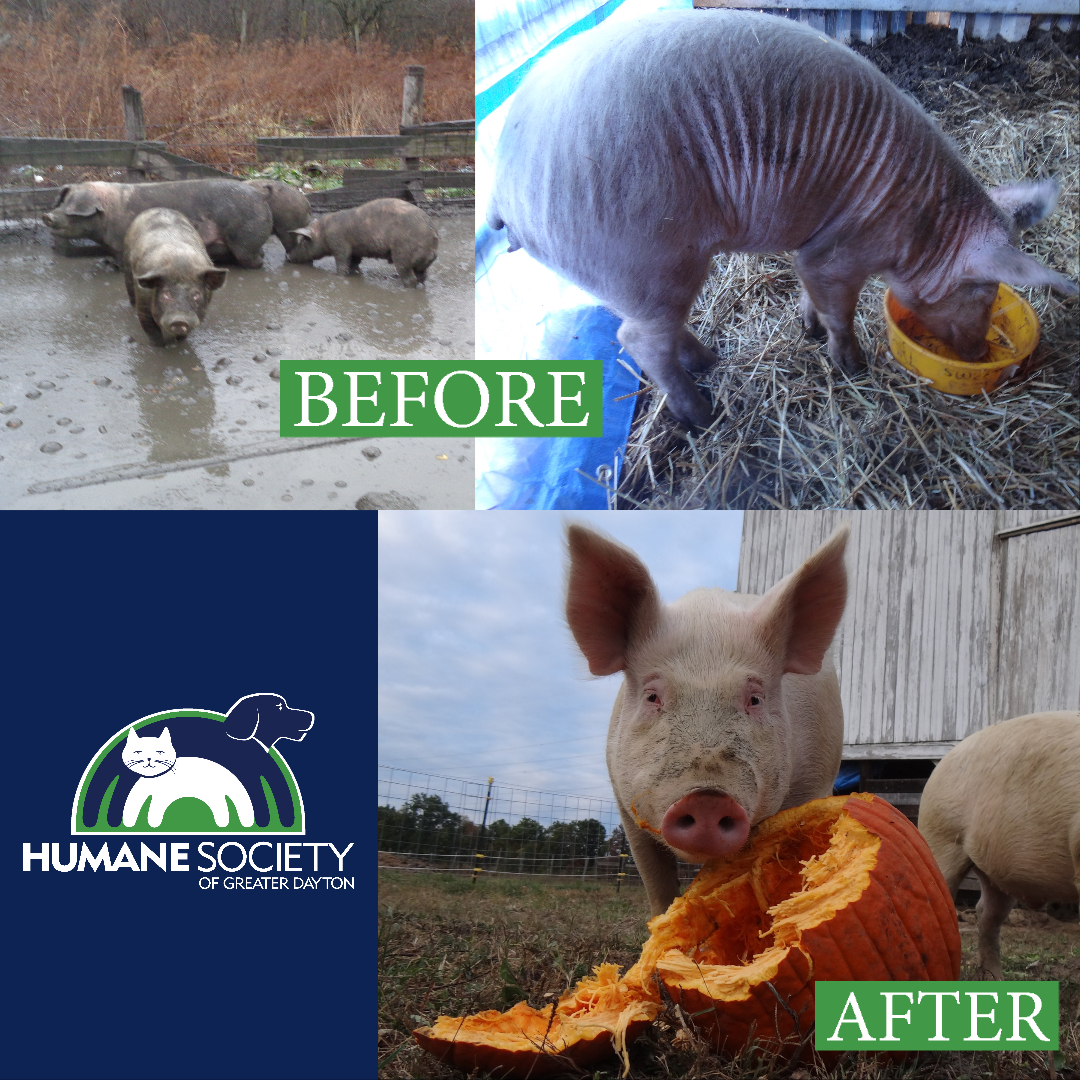 Left in the cold. Filthy, disgusting mud halfway up their legs. Shivering in single digit temperatures. Squealing for help. That is how our humane agent found seven pigs on a cold January day, including one piglet we named Ayesha.

During an investigation, our humane agent visited a property owned by two brothers who had had troubled caring for animals for decades, the Humane Society of Greater Dayton’s humane agent heard distressed animal noises coming from up a driveway that ran adjacent to the property. Upon walking up the driveway, she discovered a pen of pigs in extremely poor conditions. They were standing in a combination of bone-chilling mud, urine and fecal matter with nowhere to escape. The water was just 46 degrees.

The humane agent spoke with the owners, who do not reside at the property, and informed them to fix the living situation as well as provide proper food and water for these animals. They agreed to do so in the allotted time given. Upon returning multiple times, nothing had changed. The animals were still in the liquid mud and visibly shivering. The teeth of the piglets were chattering so loudly you could hear them.

A winter storm was quickly approaching, and our humane agent saw the urgency in removing these animals to save their lives. Without stepping in quickly, she knew the animals would not survive the storm.

Our humane agent removed the seven pigs and piglets from the horrible situation. It was after midnight by the time transport arrived and the temperatures were below zero but, at last, the animals were finally dry, safe and warm.

Ayesha and the other pigs were visibly shivering, dehydrated and suffering from mange, malnutrition and urine burns. Despite continued warnings, the two brothers had done nothing to improve the living conditions for these animals.

After removing them, the brothers accused our humane agent of improperly removing the animals without a sufficient search warrant. Despite their efforts, a 2nd District Court of Appeals Judge ruled in favor of the State of Ohio and the Humane Society of Greater Dayton, setting a new precedent in the State of Ohio for livestock. With this ruling, animals may be seized from a property under the Open Field Doctrine. This basically means that if law enforcements views an animal in a neglected or abused state on any property the animal can be immediately seized from the conditions with no search warrant needed.

After more than a year of litigation, the two brothers were both also found guilty of four counts each of animal cruelty. They are prohibited from keeping pigs and other animals. They will face inspections for five years and may go to jail for 90 days for any violation. They must also pay $13,000 each to the Humane Society of Greater Dayton for the care and rehabilitation of these seven pigs while the case was pending.

Since the ruling, Ayesha and the other pigs are now happy and healthy. They are safe and are now thriving. They are free from suffering and got the second chance they deserve!