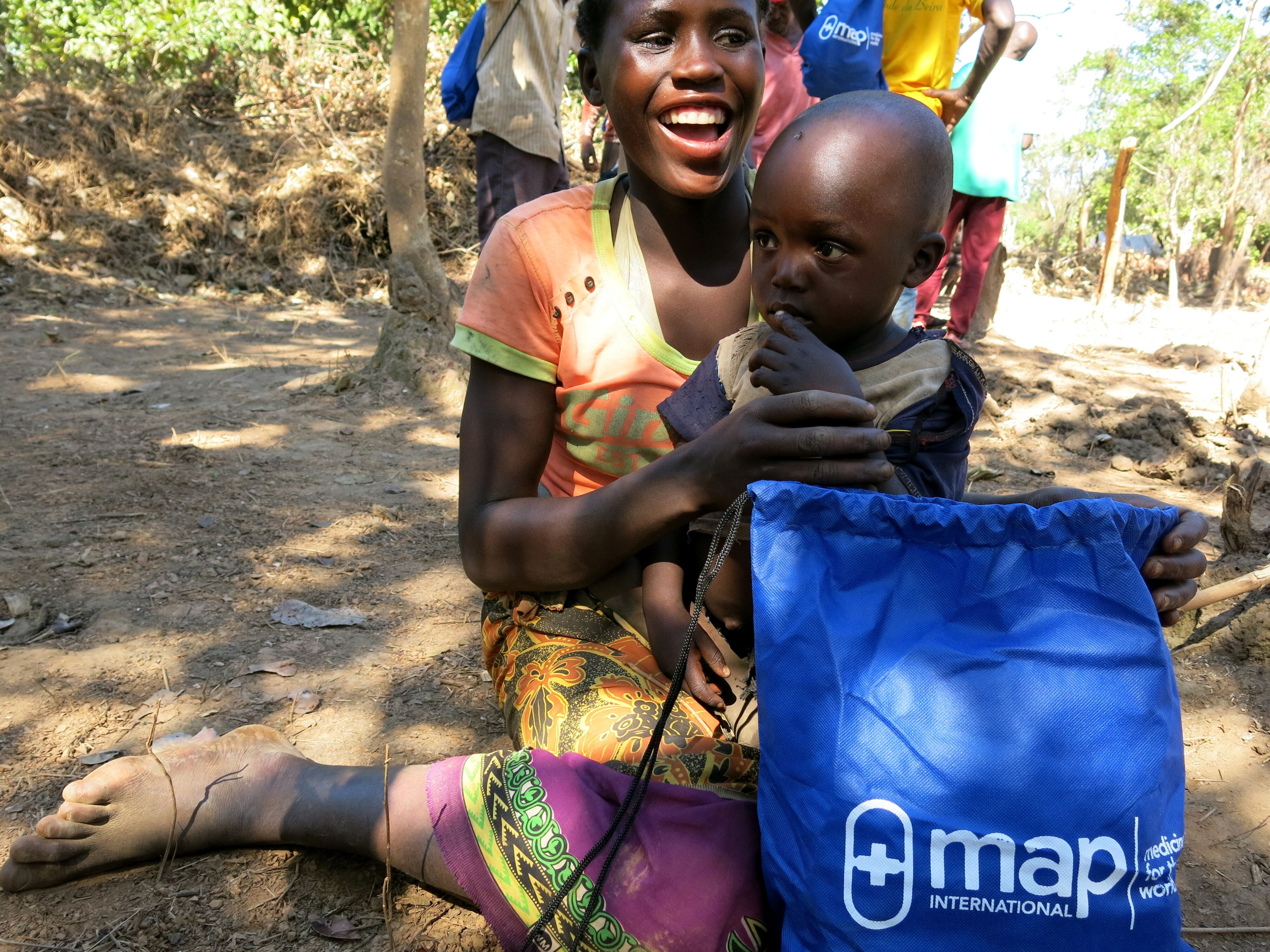 Celestina was sound asleep when the winds began to shake her simple home. Within minutes, the water rushed in and she realized that she and her baby were in grave danger.

What Celestina didn’t know was that she was in the middle of Cyclone Idai, one of the most powerful and deadly storms to ever hit Africa last March.

Living in rural Mozambique, she had no warning system and no way to prepare for the winds that reached 175 mph and floods that would displace more than 1.85 million people and claim more than a thousand lives.

All Celestina knew as she grabbed her two-year-old son, Manual, was that she needed help.

“We saw that the situation was terrible so we took what we could and moved to a new place,” she said. With little food and supplies, Celestina and others held on as best they could. Some climbed trees to escape the flood waters and the deadly snakes that were swimming through them.

Even though this disaster was unfolding thousands of miles away, your donation to MAP was already at work.

As soon as the call about the cyclone came in, MAP prepared an Interagency Emergency Health Kit, filled with enough medicine and supplies to help 10,000 people for three months. We also shipped individual Disaster Health Kits (DHKs) that had already been assembled by volunteers. Within days, the shipment was sent to Mozambique.

The precious MAP Disaster Health Kit has made a huge difference to Celestina and Manual. “All things in the bag will help us,” she said.