Growing up in a refugee camp, dreaming of the stars 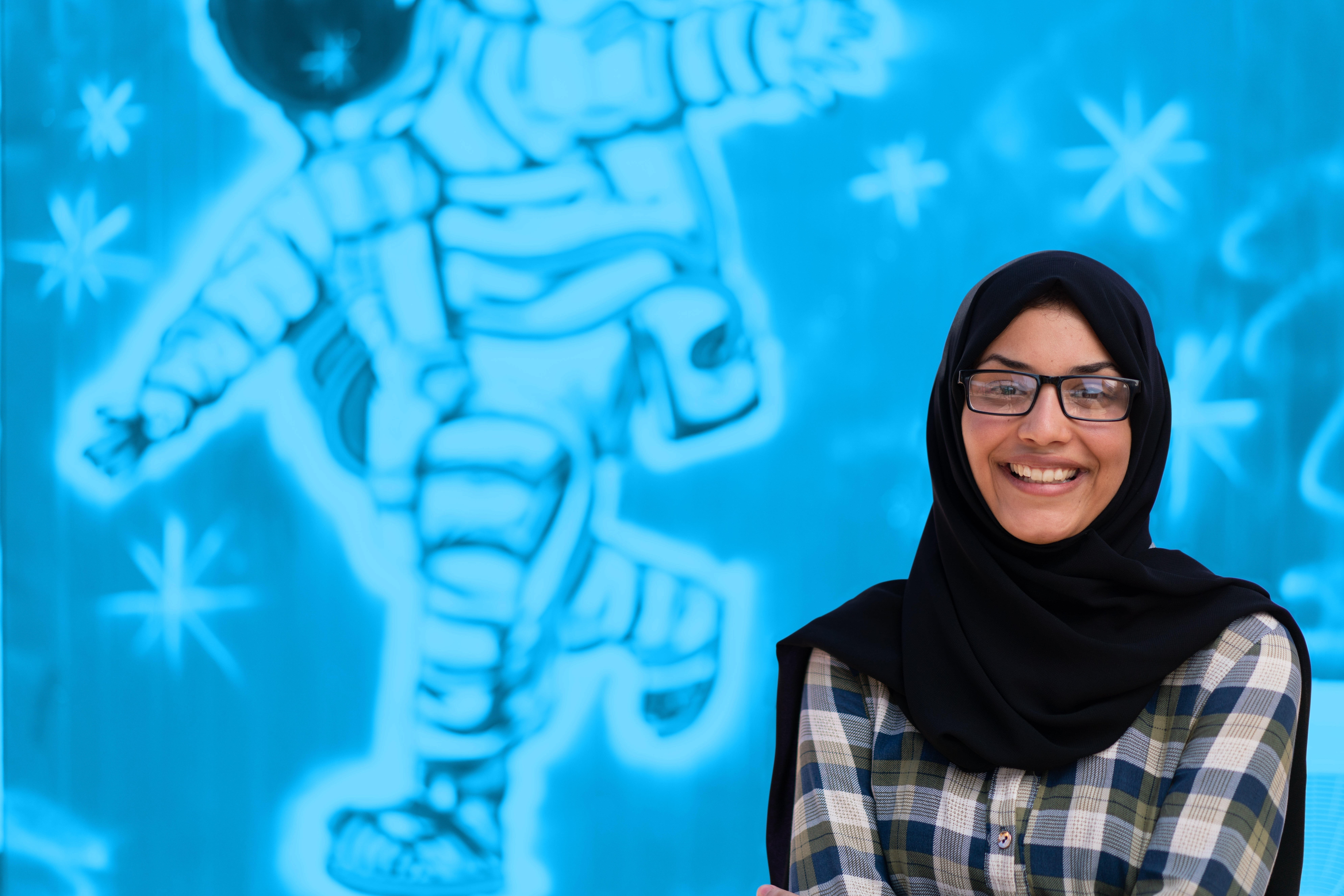 For children displaced by conflict, the world can be a frightening place and "home" a concept filled with longing and uncertainty. In 2014, a 12-year-old girl named Bodoor and her family were forced out of their home by political violence in Syria.

"My life in Syria was normal. I went to school every day," Bodoor, now 18, recalls. "It was beautiful because it was quiet — there was no fear. Then the war happened."

With Syria's infrastructure crumbling and their children's safety in doubt, her parents made the difficult decision to leave their country behind. They traveled to Jordan, and home became a dirt-floored shelter with no water or electricity in the newly opened Azraq Refugee Camp.

"When I feel sad or stressed, I look to the sky, because I want to escape from the bad things happening on Earth," Bodoor confided in a video made when she was 17. Staring up at the night sky, she imagined a brighter future for herself: she would study astronomy and, one day, become Syria's first woman astronaut.

After her family moved to Azraq, Bodoor resumed her studies at an education center supported by UNICEF, a Global Impact charity partner. Now the girl who grew up dreaming of planets and galaxies is in her last year of school, studying hard and hoping she will be able to go to university. Her family has moved into one of Azraq's corrugated metal modular houses. There is a carpet on the floor, and her books are neatly piled behind a curtain.

The camp's "temporary" housing is home to more than 36,000 Syrian refugees, more than half of them children. An entire generation is growing up in Azraq, and their futures remain fragile. "It is not easy, and it is not a normal life for children," says Bodoor.

Since the camp opened, UNICEF has helped more than 22,000 children in Azraq get an education, a healthy start in life and the opportunity to reach their full potential.

"The biggest challenge for girls my age is when their family makes them get married without completing their studies," says Bodoor. "They say studying is not good for girls or will not give them anything. The only way for a girl is to belong in her husband's home. But I say they are completely wrong. With studying, we get power and are more useful to societies."

UNICEF continues its work to protect children in Syria and across the region, helping them cope with the impact of conflict and resume their childhoods. UNICEF provides improved access to education and psychosocial support services for traumatized children and caregivers, and delivers critical humanitarian assistance in hard-to-reach places.