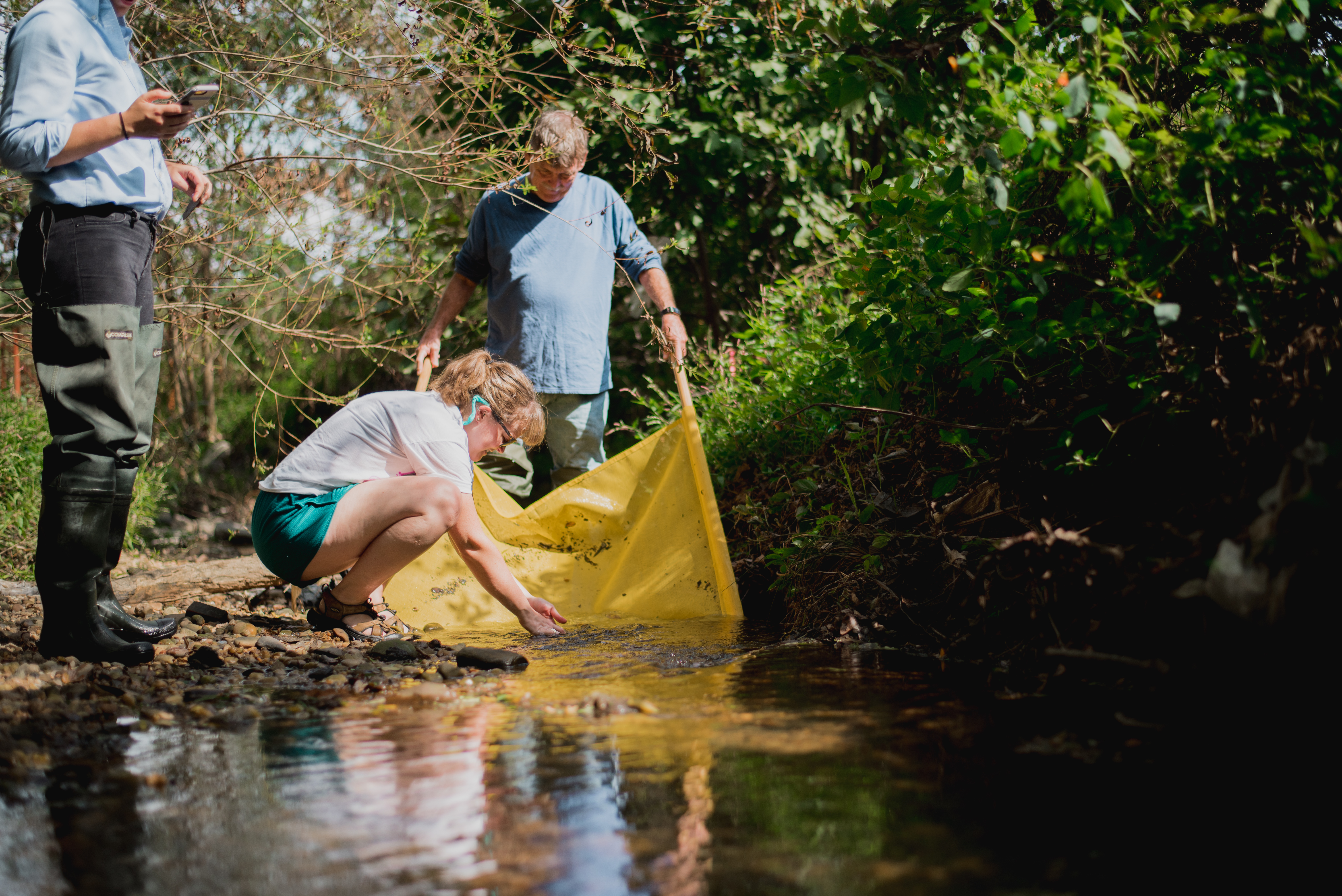 Water quality data collected by volunteers across the state of Virginia and recently compiled and analyzed by Izaak Walton League of America (IWLA) shows unacceptable water quality at 35 percent of test sites statewide. Most of the sites with the worst water quality are in urban and suburban areas of the state. When we know where problems are, we can take action to address poor water quality – but most streams are not tested by government agencies. These new results underscore the importance of water quality testing by volunteers.

In urban and suburban areas, poor water quality is the result of “death by a thousand cuts”: rampant storm water runoff that picks up pollution from pavement and lawns, miles of impervious roads and parking lots, and the removal of stream-side vegetation. Runoff carries dangerous pollution – including fertilizer, chemicals, oil, and animal waste – untreated into small streams flowing through our neighborhoods and parks and into public drinking water supplies, including the Potomac River and reservoirs.

Virginia Save Our Streams (VA SOS), a project of the Izaak Walton League, coordinates hundreds of volunteers across Virginia who test and report on stream health. These volunteers collectively check over 200 stream sites, gathering data from each site at least twice a year. By collecting and identifying small freshwater invertebrates, which vary in their tolerance to pollution, volunteers can calculate a stream health score for their site. The success of the VA SOS program is bolstered by close collaboration with the Virginia Department of Environmental Quality, which actively uses data collected by VA SOS volunteers.

Of the over 150 sites sampled across the state in 2019, 35 percent of streams received an unacceptable stream health score. A score of “unacceptable” means a stream site has pollution levels that cannot support sensitive wildlife and may expose humans to harmful pollutants. For an additional five percent of sites, scores were in a gray zone, which means the amount and diversity of stream life is insufficient to draw a confident conclusion as to whether water quality is acceptable or unacceptable. Sixty percent of sites tested had acceptable scores.

From years of VA SOS data, it’s clear that development has a major effect on stream health in Virginia. In highly developed areas of the state, such as Roanoke and Northern Virginia, stream water quality is poor across most sites. Of 30 sites in Fairfax County monitored over the past five years, more than 20 had consistently unacceptable scores. In more rural regions, like the Shenandoah Valley, water quality is generally good at sites tested by volunteers.

”Knowing the health of their local streams is critical for communities in rapidly developing areas,” says Rebecca Shoer, IWLA SOS coordinator. “As the population in areas like Northern Virginia continues to grow, local governments, developers, and planning commissions need to take proactive steps to protect and improve water quality. If communities do nothing to address these issues or fail to plan future developments with clean water in mind, water quality will continue to degrade in an ever-wider radius. By utilizing natural infrastructure, educating citizens about water-friendly habits, and investing in restoration efforts, communities can grow and develop sustainably.”

“Virginians can’t assume their streams are pollution-free,” says Shoer. “VA SOS has found unacceptable stream health scores in parts of the state where people thought streams were much healthier. This also highlights the need for more volunteers to get out and monitor in more places, so that we can identify these hot spots.”

There are nearly 300 active volunteers in the VA SOS program, but there are still large regions of Virginia missing water quality data – particularly the Piedmont region. Future recruitment and training efforts by IWLA will be focused on this region to increase the number of monitoring sites and volunteers.