You are a part of the Midwestern CFC Zone No.15 - Our campaign’s geographic boundaries are defined on the National CFC Map below.

Campaign workers may only solicit contributions from Federal Employees whose official duty station is located within these geographic boundaries and retirees who reside in this area.

Note: It is important to educate donors of their ability to give to any CFC Approved charity, to include National, International, and any local charity across the country – this is known as All Around Giving. 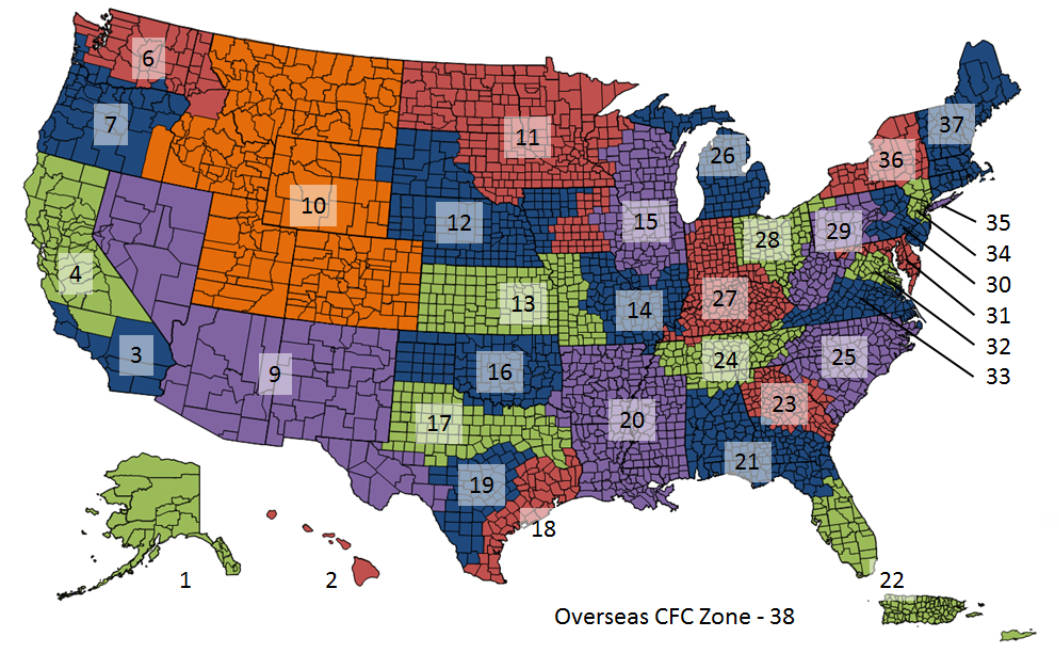